The resort’s nine restaurants remove the need to go elsewhere for meals. Breakfast comprises of a raft of savories – remember to try the Portuguese sausage that is sure to spice up your morning – as well as healthy detox juices and berry smoothies. Try different interpretations of Hawaiian classic poke bowl at the Sports Bar & Grill, and add a tropical touch with cocktails served in a pineapple and the local beer, Aloha.

Restaurant Malibu Farm is perfect for healthy bites as it serves organic and vegetarian plates, with most ingredients sourced locally from its own garden.

A-listers like Jessica Alba, Will Smith and Cindy Crawford are among the rich and famous people who have stayed at the Four Seasons Resort Lanai 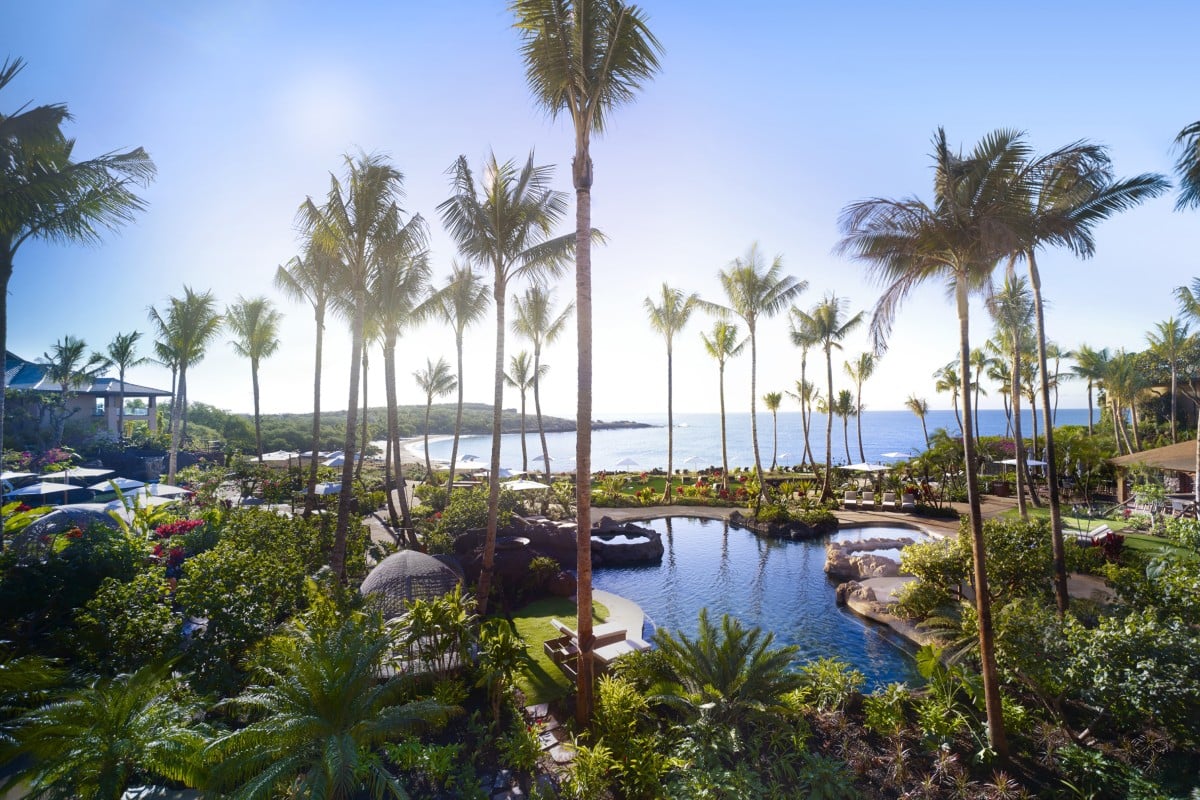 American billionaire Larry Ellison’s Four Seasons Lanai in Hawaii is a playground for the rich and famous.

Four Seasons Lanai in Hawaii, owned by tech billionaire Larry Ellison, CEO, and founder of Oracle, is one of the world’s most luxurious hotels. In 2012, the New York native bought the entire 88,000-acre, 140-square-mile island for US$300 million.

The acquisition included two Four Seasons retreats, through which the billionaire is realizing his ambition of building an economically viable, 100 percent green community. One of them is Four Seasons Resort Lanai, which has been frequented by the super rich and famous: Jessica Alba, Will Smith, and Cindy Crawford, to name a few. Bill and Melinda Gates got married on the resort’s cliffside golf course, next to the 12th hole.

How to get there

The A-listers love it for many reasons. The property is located on a private and scenic spot of Lanai, a well-preserved hideaway, and a 40-minute flight from Honolulu International Airport.

Four Seasons partners with Lanai Air to offer the well-heeled a six-person charter from Honolulu before users board a luxurious Tesla X at Lanai airport for a scenic 40-minute commute to the resort (Ellison also owns 3 million Tesla shares worth about US$1 billion). The hotel staff takes care of all the luggage. It also has a pickup car, whisking guests from Lanai airport to the resort.

Why Luxury Brands Should Care About China’s “Single Aristocrats”

Your wish, their command: The best luxury concierge services in the world

What’s it like to stay on billionaire Larry Ellison’s US$300m Hawaiian island where Bill...

Lusso News is an all-encompassing luxury guide that combines affluence with an innovative way of life. Rooted in tradition and yet embracing modernity, it is your one-stop-shop for luxury information that is in-depth and global.
Contact us: connect@lusso.news

Why Luxury Brands Should Care About China’s “Single Aristocrats”

Your wish, their command: The best luxury concierge services in the...